Flying the flag for women’s sport in Méribel

In 2019, more than 90% of the front pages of the sports newspaper L'Équipe were devoted to achievements by men.

However, more and more of us believe that it is time to change the place given to top-level sportswomen and their performances.

In Méribel, we have been promoting the values of equality and diversity for years and we are delighted to bring this subject back to the forefront as we host the women’s events of the Alpine World Ski Championships in February 2023.

The women skiers will compete on the Roc de Fer piste located above the Chaudanne in Méribel-Centre. The fastest skiers will reach 120 km/hr on the final wall, a unique spectacle that you will be able to watch from the edge of the slopes or from the 2023 village at La Chaudanne.

Convinced that the values of sport are values which can push back boundaries, we believe that this major sporting event is the time to reaffirm our commitments to gender equality and diversity in mountain sports.

At the heart of the largest ski area in the world, Méribel is renowned for its savoir-faire, its international-level pistes and its enthusiasm for competition. The legendary Roc de Fer piste in Méribel, designed for the women’s events at the 1992 Winter Olympics and since reshaped to meet the standards set by the International Ski Federation, will be the venue for the women’s competitions and also all the parallel events.

Unlike many sports, women have been competing in the World Alpine Skiing Championships since they began in 1931 in the same events as men, namely the downhill, slalom and combined. Alpine skiing then made its appearance at the 1936 Winter Olympics, and from these first games onwards, women have taken part in the competition.

The French female racers at the heart of the competition

Enjoy the event to the full with these tips from Marie Marchand-Arvier, vice world champion in supe 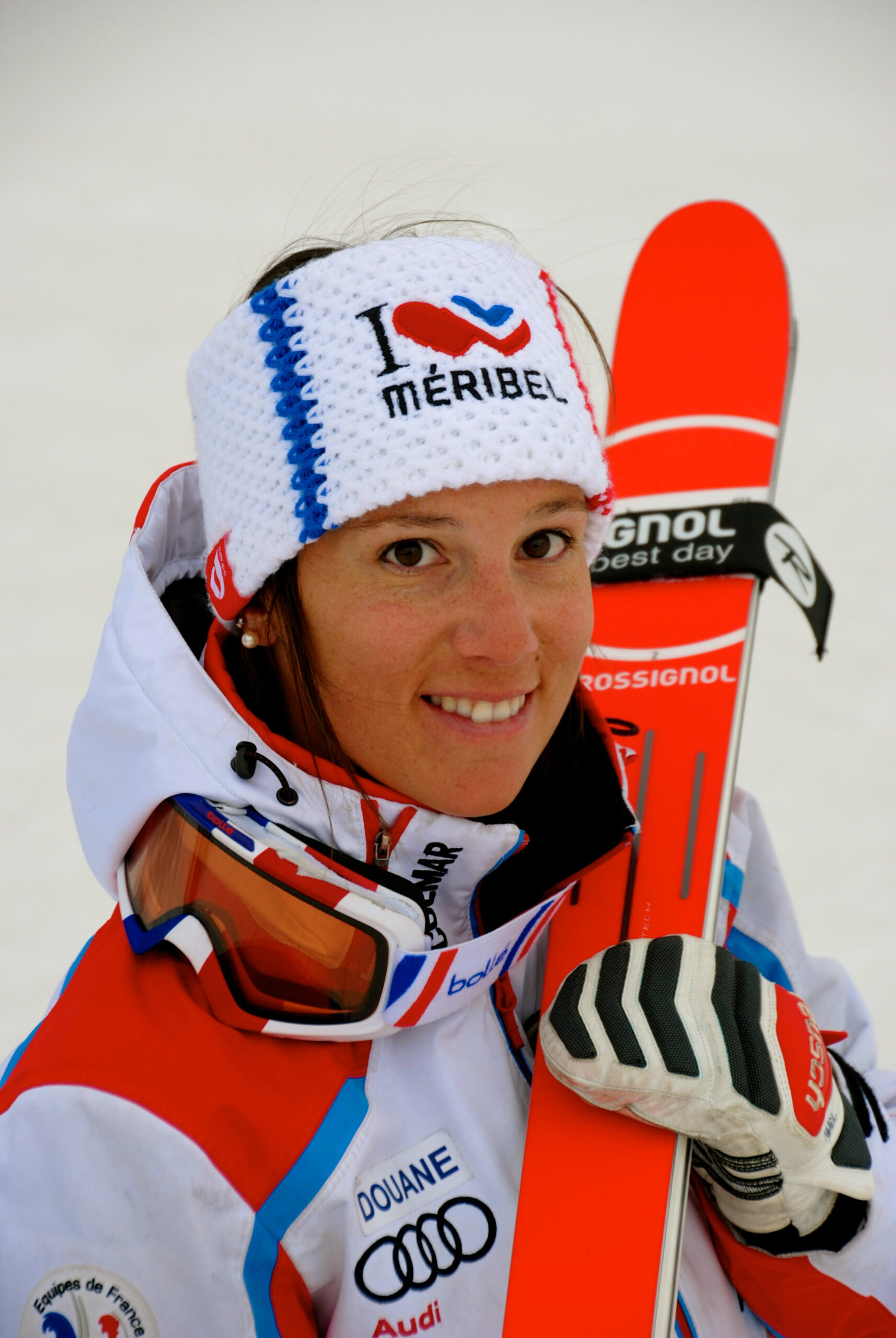 Are you wondering where the best place to watch the spectacle is? To answer this question, we asked Marie Marchand-Arvier, who took 3rd place in the downhill world cup in Méribel in 2013.

What you will see from the edge of the piste:

“You can watch almost half of the race from the side of the piste, beginning with the start, observing how the competitors prepare and feeling the atmosphere. Then, as you descend alongside the Roc de Fer piste, you can look down on the races, about ten metres from the line taken by the skiers. You can see and hear them: the breathing of the racers who sometimes shout out; you can hear the skis hitting the landing of the jumps and moving at nearly 120 km/hr. Then at the tunnel, a fan zone will be set up from where you can see from the start to the tunnel, i.e. 25 seconds of racing.”

Get close to the finish area to watch the end of the race:

Programme for a day’s skiing with children

Finding your rhythm on a ski holiday is a challenge for every family, who may be won…

World Ski Championships in Méribel: the place to…

12 years... That's how long it's been since the World Ski Championships were last he…

Experience the magic of Christmas with children i…

If there is one thing that children talk about 12 months of the year, it is the magi…

Go to the blog